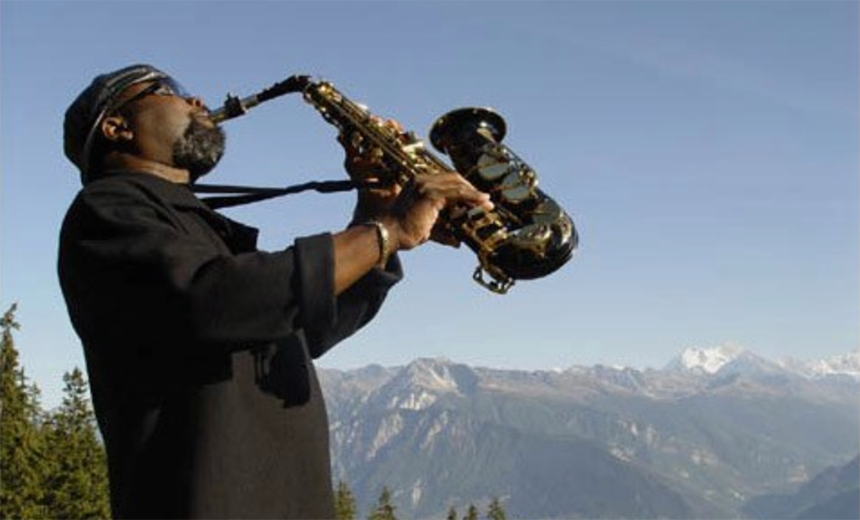 Music styles : Jazz, Blues, Rock, Funk, Groove, Soul … I am ready to play the sax at your next event in the mountains.

A saxophonist alone may seem unusual, however with a personalised musical background, amateurs and professionals have had the pleasure to appreciate my talent.

Born in Togo, in Western Africa in 1953, music was my passion as a child and became my profession.

Self-taught musician, I integrated the grand orchestra of Lomé, «les As du Bénin». I also played in the national television and radio station orchestra. We went on tour to different places in Europe such as the Hotel Bachmayer in Tegernsee, in Vienna and Innsbruck.

In Africa I played with Manu Dibango, Angélique Kidjo , Hugues Aufray and several others artists.

In 1983, the group Apartheid Not asked me to join them in Europe and I went to Nantes and stayed there for 17 years. During this time I played with a lot of groups.

In Paris, I had the pleasure to play together with Jacques Higelin and Michel Jonasz.

Since I lived in Switzerland for some time, I took the opportunity to launch my career solo.